On May 30, 2018, Confucius Institute at Kharkiv National University in Ukraine embraced its 10th anniversary. Delegation of Anhui University headed by vice president Xue Zhaoming, and officials from Embassy of the People's Republic of China in Ukraine as well as the state government of Kharkiv participated in the celebration activities. 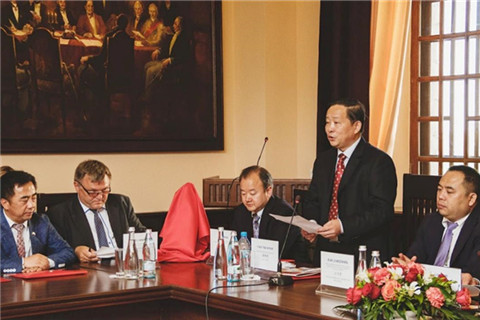 Co-hosted by Anhui University, Confucius Institute at Kharkiv National University in Ukraine has become a major hub of promoting the Chinese language and Chinese culture in the eastern part of this country, opening 11 teaching spots in 7 Ukrainian cities and obtaining outstanding achievements in promoting cultural, scientific and economical communications between China and Ukraine.